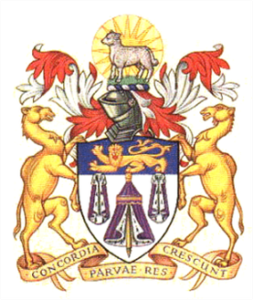 The Plantation of Ulster, announced in 1609 by King James I and launched a year later, lasted 15 years. It brought thousands of “planters” from England and Lowland Scotland to settle in six counties that had recently been wrested from Irish lords. James I believed that colonising Ulster would quell rebellion and win over the “rude and barbarous Irish” to “civility” and Protestantism.

Piecemeal colonisation of Antrim and Down was already underway and had accelerated after 1603. The Flight of the Earls opened the way for British settlement west of Lough Neagh. A plan for the Plantation of Ulster was issued in 1610. The six counties of Coleraine, Tyrconnell, Cavan, Fermanagh, Tyrone and Armagh were to be divided. Coleraine was initially called “O’Cahan’s Country,” but it did not attract many settlers. King James approved a scheme to assign a large area in the north to the London Companies. In 1613 a draw was made in the court of Common Council to distribute estates to the companies. The new county of Londonderry was created with some additions from Tyrone and Tyrconnell (Donegal).

A large portion of County Londonderry was given to the London Companies, who were to build towns on the Bann and the Foyle. There were twelve main companies, most of whom had a group of smaller companies with them.The wealthy Merchant Taylors who not only put up all the money for their own estate but also had a share in the Clothworkers’ estate beside them.

The estates were drawn for in London and the Merchant Taylors drew number 6. Number 5 was the Clothworkers’ estate at Killowen and Dunboe, and number 7 the ironmongers’ estate at Aghadowey and Agivey.

The Merchant Taylors’ estate at Macosquin and Camus extended to just over 27 square miles. Only about half of this was arable land at the time, the rest consisting of mountain, bog and scrub land.

In the early years of the Plantation, English soldiers were stationed at the castle which was situated on Ringrash Road where Church View housing development is now built.