Skip to content
Sunday 22nd May 2022 9am Holy Communion 10.30am All Age Family Celebration 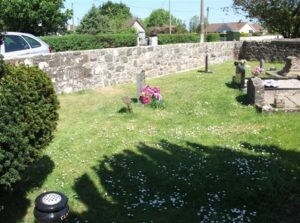 A team of 8 volunteers cuts the grass throughout the summer months. Others volunteers have done amazing work improving the appearance of the churchyard, levelling ground, righting headstones, building steps, making new pathways and creating the new ‘Garden of Reflection and Tranquility’ beside the church, where cremated remains will be interred.

Maintenance of church and halls

Led by the Glebewardens, volunteers willingly give of their time and talent to decorate, maintain and improve the church, halls and rectory. 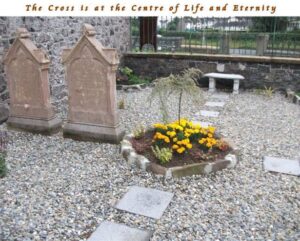 Seen from above the garden of reflection and tranquillity is laid out in the shape of a Celtic cross. The layout suggests the journey of life for us all. The entrance gate depicts the moment of birth; the path forward leads inexorably to the grave.

The four corner shrubberies represent four stages of life, Childhood, Adolescence, Adulthood and Old age.
The circular bed depicts eternity, which the Christian experiences throughout life and also in death.
Growing above the Stone circle in the middle of the garden is a small tree, laden throughout the year with red berries. It represents the ‘Tree of life’ but also reminiscent of the burning bush in Exodus, and the Cross in the New Testament. It symbolises that at the centre of our passage through this life and our way into the next is the Christ who is the way, the truth and the life.’

The stepping stones which radiate fom the central circle point North, South, East and West, reminding us that Christ is with us wherever we travel.
The stepping stones suggest narrow paths, leading towards Christ, reminiscent of Our Lord’s words that his way is narrow, and is therefore not easy to follow.

The entire garden is pebbled. It is less comfortable to walk on when we stray from the true path. The occasional shrubs which are planted in the stones, remind us that there are temptations and attractions which often lure us from the way of Christ.

The seats are positioned to remind us that throughout life’s journey we all need times for peace and spiritual refreshment, to rest awhile, and to be still in the presence of the Lord.

Come unto me, all you who labour and are heavily burdened and I will give you rest (Matthew 11:28)

Give all your worries and cares to God, for he cares about you.
(1 Peter 5:7)
Cast your cares on the LORD and he will sustain you; he will never let the righteous fall.
(Psalm 55:22)
Bless the LORD, O my soul, and forget not all his benefits:
(Psalm 103:2)

Chancel. In memory of Humphrey Ballie.
Presented by Mrs Ballie and her two daughters in 1972. Humphrey was the son of Colonel JR Ballie of Dunderg. I Humphrey Ballie served on the Select Vestry and in 1956 became Rector’s Churchwarden. The Rheredos pannelling in the Chancel was provided by Humphrey Ballie in memory of his parents.

North Wall 2. McMath window.
The McMath families played a prominent part in the life of the Parish for many years. In 1896 brothers James and Joseph McMath of Ballinteer and brother in law Henry McMath of Ringrash joined the Select Vestry. The wife of Joseph McMath was a teacher in the Richardson School in the 1920’s and 30’s. Joseph McMath served as Churchwarden between 1913 and 1947. He was also a local councillor in 1953 the 12 houses were built at Leardon. Miss Nancy McMath became the first lady to be elected onto the select Vestry in 1933. Nancy was also a Sunday School teacher for 50 years along with her sister Suzannah. Brother Ellis McMath was been a faithful member and had served on the Select Vestry for 32 years at the time of his passing in November 1978.

The design is by ‘Evie Hone’ a highly regarded Dublin artist. There are very few examples of church windows which she designed and this window is regarded, not only as one of her best, but a National Treasure.

South wall 1. In memory of Thomas and Agnes Oliver.
Presented in 1999 by their sons William and Thomas and families. Tommy Oliver Sen. was a member of the congregation since baptism and had been involved in many aspects of the Parish life. Tommy had been a member of the Choir and Select Vestry serving as Peoples Churchwarden in 1966. He passed away in 1975.

South wall 2. In memory of Alfie and Lizzie McClements.

South wall 3. Installed by Parishioners and friends in memory of the two Sinclair children Dorothea Alice and Isabella Anne aged 11 and 5 years respectively. The Baptismal Font was also presented in memory of the children. No dates are recorded.

West wall. In memory of Sam and Bridie Smyth window. 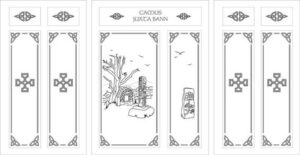 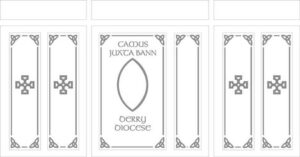 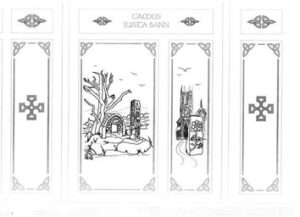 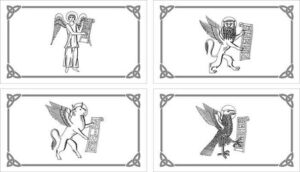 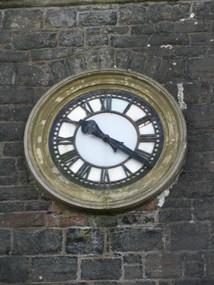 In 1899 the Sinclair family installed a clock in the tower in memory of the late James Sinclair who had passed away in October 1898. James Sinclair had been a member of the congregation for 40 years, Rector’s Churchwarden from 1865 and treasurer from 1870.

In December 1997 the chimes of the Church Clock could be heard again throughout Macosquin for the first time since 1948 thanks to John McAllister. The clock chimes had been silent since 1948 when the bell was removed to be recast. Although the bell had been reinstalled and the clock itself kept time over the intervening 50 years, the striking mechanism had never been replaced and different parts had been taken away or simply lost. Over a couple of years leading up to 1997 John painstakingly spent many long and cold hours up the Church Tower renovating and restoring the old timepiece.

The Clock had always required to be wound on a weekly frequency. The onerous job takes about 15mins and involves wrenching two heavy weights about 20ft up the tower.

Those who have undertaken the responsibility for keeping time in Macosquin include Gordon Kennedy, John McAllister and Brian McAllister.

Refurbishment of the clock faces at St Mary’s Parish Church was completed on Wed 6 July 2016. The work was carried out by Canavan Clockmakers of Lurgan. The latest restoration was carried out using funds donated in memory of the late John McAllister. John, a former parishioner and honorary secretary of the parish, refurbished the movement and rebuilt the striking mechanism in the 1990s.

A brief history of the clock is given in the history section.